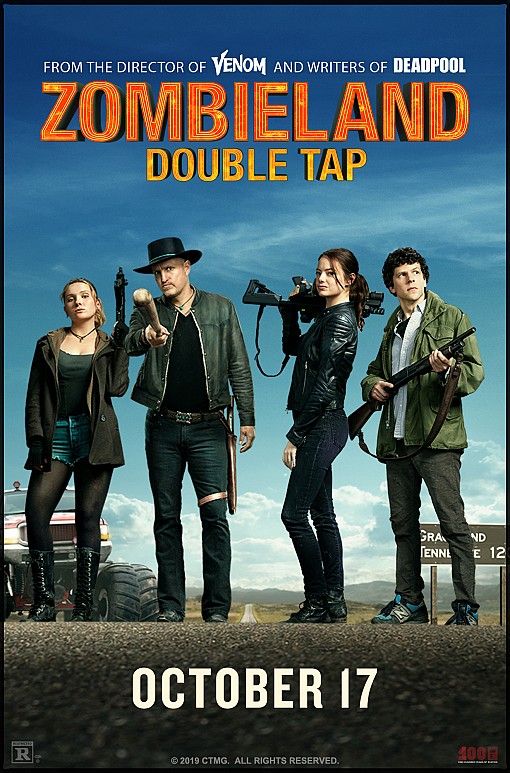 The most fun I had watching a film this year. It is my favorite 2019 comedy so far. Period. I had a blast watching this one and it did not disappoint at all. In fact it is better than the first.

First off, the film had an extremely fun opening sequence.  In general, script could have been better but the performances and the direction elevated it. The screenplay trips in the beginning. It was disoriented in a way then it started to pick up. The disorientation was an ensemble of confused set up and temporal setting. The film then gets better and better and better leading to a super entertaining third act that was utterly pleasing. The jokes were hilarious, there are in fact a lot and the absolute majority landed. In many aspects, the film conserves the same spirit of the original without following the same outline (rules text, narration and kill of the month/year sequences) – it makes you feel you’re at home and I loved how much heart it had with the concept of family. Some new characters (2 precisely) felt a bit of fillers for more runtime but spawned a fun sequence – I’ll talk more about it later. Many of the new characters were a fine addition: Nevada and Madison.

Performance wise, hats off to the one and only Woody Harrelson (this guy is perfect), Jesse Eisenberg is well Jesse Eisenberg, Emma Stone and Abigail Breslin did not particularly shine. However, as ensemble they were amazing. Rosario Dawson and Zoey Deutch gave memorable and enjoyable performances.

On the technical side, the CGI could have been better; it looked cartoony in many uses. There were many (and easy to spot) continuity errors. An extremely fun sequence about halfway through the film (that included the 2 "filler" characters mentioned above) a was filmed as one continuous shot which made it a lot more enjoyable but if you look closely you can notice many flaws in the finished “product”. The score was great and the music was fitting. The direction was good and the coloring was close to the original.

The film included many pop-culture references that makes the film more lively and entertaining especially for geeks. Look, I am just naming flaws and stuff but seriously, this film was a total blast and super-duper fun. I enjoyed every single moment and you get a good joke every 3-4 minutes.

A sequel that was worth the wait (I watched the first Zombieland a few years back, I was barely 7 when it was released, but you get the idea)

MAKE SURE YOU STAY AFTER THE CREDITS. I CAN’T SAY A THING, BUT IT’S DEFINITLY WORTH IT!

And one more thing, I found the lack of Twinkies disturbing.

This is Your Film Buddy signing off…

*In the title, the world Zombieland replaces Empire in the title of the sequel to Star Wars (1977), meaning it’s a sequel that is better than the original