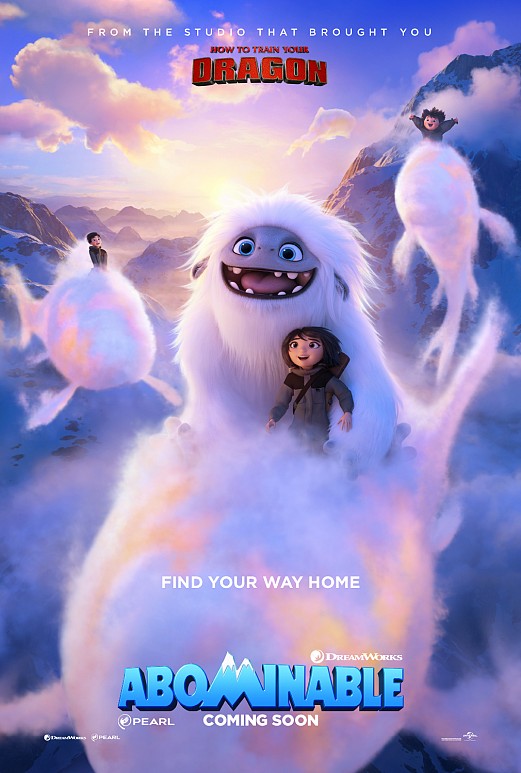 A decent animation, Abominable is a light and touching film that delivers some beautiful visuals that help elevate the storytelling. However, a generic narrative that builds on a familiar formula denies it from achieving its full potential.

From the very beginning, it is made clear that this is a very kid-targeted movie that doesn’t shy away from silly humor and characters, but the biggest issue here is that it overused so many cliches of the genre that it ends up feeling too generic. Despite that, there’s so much to enjoy from the splendid visuals, lovely score and touching story. Writer-Director Jill Culton, who previously worked on Pixar films such as ‘Monsters, Inc.’ and ‘Toy Story’ recreates the magic felt in those films but tones it down a little. ‘Abominable’ follows a group of kids in China who embark on a journey to deliver a magical yeti back to his family.

The premise is definitely interesting but was treated in a rather underwhelming way that doesn’t help it stand out from similar films at all. Regardless of that, it can really be enjoyed due to its light touch and smooth pacing. There is that sense of magic that is present throughout numerous scenes that allow you to feel the beauty of it. The main two themes that deal with familial bonds and the importance/power of nature were presented really well. In fact there are a few scenes in nature that feature some of the most beautiful shots I’ve ever seen in an animation, I was really awed.

Some of the characters are lovable, especially that fuzzy little yeti, and some that weren’t. The reason behind that is because they deliver some really cringe-worthy lines and ruin moments that could’ve aided the emotional impact of the movie. As the movie progresses, I still found myself invested in the story despite all its flaws and felt satisfied by the climax. It really isn’t a bad film but at the same time doesn’t hit its potential. Kids will definitely enjoy this more than adults but it has quite a bit to offer the adult audience.