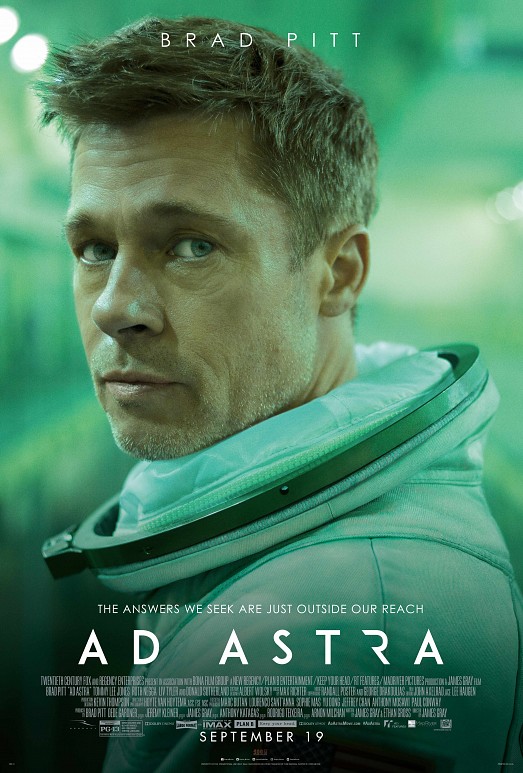 An astonishing sci-fi epic, Ad Astra is a bold and stylish film that is carried by its introspective nature and Brad Pitt’s staggering performance. What takes the storytelling to new heights is the brilliant cinematography, that is undoubtedly this year’s finest work.

The moment I walked out the theatre, I took a moment to reflect on the beauty of the film I had just seen as it is truly unique in more than one way. What Director James Gray, who previously helmed ‘The Lost City Of Z’ and ‘The Immigrant’, and cinematographer Hoyte Van Hoytema have created is a true work of art that speaks loud and clear. There is so much to admire here, from the subtle narrative, moral and existential dilemmas to the gorgeous cinematography. ‘Ad Astra’ follows astronaut Roy McBride who embarks on a journey through the solar system to find his missing father and put an end to a threat that could fatally damage the universe.

From the very opening scene, the movie sets its tone and provides a rather suspenseful start. Though it does have a few suspenseful, it remains mostly grounded and humane, and that totally works to its advantage. Set in the near future, Gray paints a very interesting image of what the space exploration scene may look like and how Roy in particular copes with his life in that world. It’s a very much character-driven film that chooses to enter the mind of our torn apart protagonist and explore how the absence of his father has deeply impacted his life. Pitt’s perfectly smooth narration elevates the whole approach and aids us in understanding his quiet character.

Brad Pitt delivers one hell of a performance, adding so much depth and allows viewers to invest in him despite being a very emotionally inward character, yet that is perfectly justifiable. The supporting cast that includes Tommy Lee Jones, Donald Sutherland and Ruth Negga also deliver great performances. What I praise most about this movie is how thoughtful and focused it remains throughout its runtime. As the movie slowly builds towards the climax it comes full circle and provides closure for both viewers and the protagonist. This movie also goes to prove that a good sci-fi drama doesn’t need to over complicate its own narrative to be deemed epic, and there is beauty in simplicity. Do yourselves a favor and watch this visually stunning work of art that is destined to get lots of love come awards season.