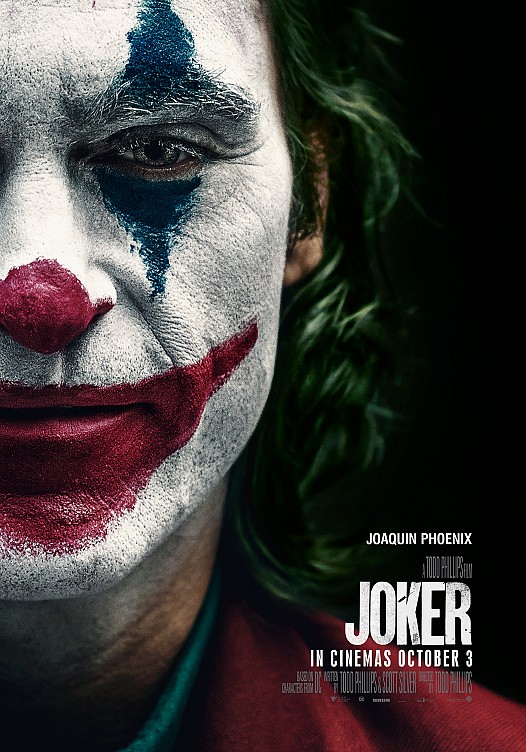 Performances: 5/5
Screenplay: 4/5
Costumes/Makeup: 5/5
Editing: 4/5
Cinematography: 4/5
Score/Soundtrack: 5/5
Verdict: I've always found the character of Joker to be one of the most fascinating comic book villains of all time. The idea of releasing a movie centered around his origin story was one that was met with a fair amount of controversy and backlash, and having seen it, I am now certain that it will generate a lot of talk in the coming weeks. To me, however, the film might be one of, if not the, best movie centered around a comic book character to ever hit theaters.
"Joker" serves as both a commentary on society and a character study of Arthur Fleck, a man who suffers from mental illness and who's marginalized by everyone around him, leading him to go down a dark and violent path. The titular character is portrayed by an unrecognizable Joaquin Phoenix who gives one of the best performances of his rich career. He manages to make the audience both sympathize and empathize with the incredibly complex character, who will forever be associated with his chilling laughter perfected by the actor.
Behind the camera, Todd Phillips does a surprisingly equally amazing job as both writer and director, The man behind the Hangover trilogy kept me hooked from start to finish due to the disturbing turns the movie takes as well as its eerie cinematography and unsettling score. A comparison to some of Martin Scorsese's early works ("Taxi Driver" and "The King of Comedy") naturally has to be made, but Phillips manages to make this iteration his own both from a stylistic and screenwriting point of view.
I cannot wait to revisit the story of Arthur Fleck a second time. It's easily the best comic book movie to come out since "Logan" and maybe even before that. It's a movie that left me in a state of shock for hours afterwards and one that will certainly be remembered for decades to come.
FINAL GRADE: 9/10