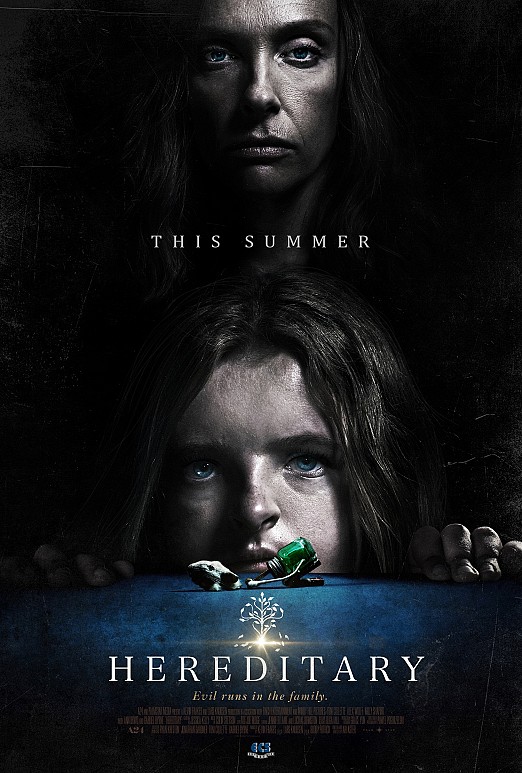 Up there with this Decade’s Predominant Horror. - 9/10

Before tripping off one of Ari Aster’s integrals that shaped his set in motion filmography and going straight into “Midsommar”, we stelled on watching it and for the first time. The highly applauded 2018 horror flick “Hereditary” extruded Ari Aster’s adroitness in the genre and came down as one of the finest horror films of the decade. It’s actually so relieving to witness Horror films be reignited by the likes of Jordan Peele and Ari Aster in the past decade. Now getting into “Hereditary”, the movie certainly clings into some elements that deem Aster’s style, of crafting trepidation into the hearts of audiences, original and totally unique. And the first one is his skill of knowing exactly what will make you feel the uneasiness. Cause going into a horror film in the past years, you definitely know what to expect, from the entertaining aspect to a few jump scares, and an unsettling score. But Aster’s approach is different here, his film is not as much scary as it is nerve-racking, he never relies on jokes that regular horror filmmakers impart to haul you out of a horrifying mood for a second. He truly never offers you a moment to breath, other than implementing slow paced camera shots that build tension, people slightly visible in the background of the frame that make your heart drop, and even some times merely placing the lens at a person’s reaction to what they encountered, giving us a chance to imagine and anticipate with nervousness what really went down, then he slams the true terrifying reveal by sending shivers down your spine. In addition, Ari Aster’s well written characters unquestionably boost the suspenseful scenes to land stronger, especially that the plot surrounds a family which is not merely relatable but also stretches out the heartfelt steers the narration could head towards, he really reached out for showcasing their emotional layers, given the touching and difficult circumstances they were forced onto in the story. Plus, the film surely packs one of the best if not the top unrivaled performance of 2018, Toni Collette is at her finest here, the movie requires her to do a lot, especially that we’re tracking the story from her point of view. The film definitely risks her coming off as over the top, but by the first act she truly exposes her true acting abilities and never ceases to top them through the remaining 2. Also, Milly Shapiro gives out a great performance, given the fact that she had very little dialogue throughout the runtime but still managed to generate some unsettling vibes that her character was meant to give out in the first place. Wrapping up, “Hereditary” was surely a rare gem we infrequently get a taste of in Horror films lately. So we’re just glad it turned out that way! Also, a review of Aster’s 2nd film in the last 2 years, “Midsommar”, is coming up soon and we really can’t wait to discuss it!
⚖️ Final Rating: 9/10