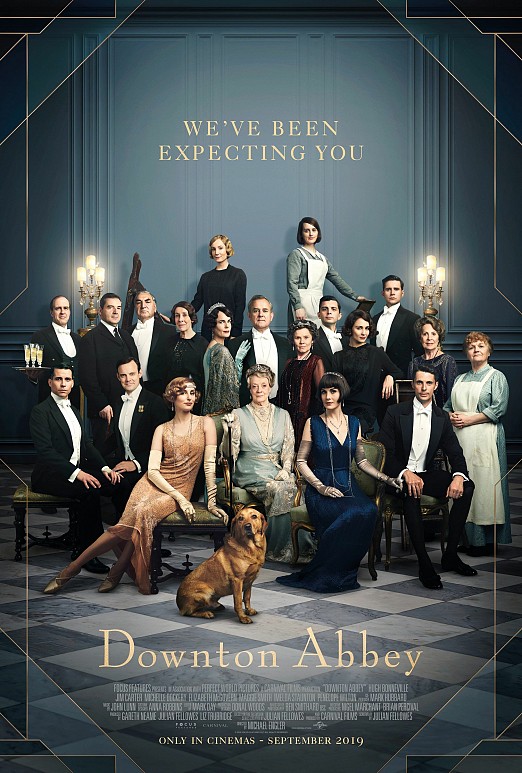 Performances: 4/5
Screenplay: 3/5
Costumes/Makeup: 5/5
Editing: 2/5
Cinematography: 3/5
Score/Soundtrack: 3/5
Verdict: I used to watch "Downton Abbey" religiously back when it was still a show. The news of it getting the big screen treatment for one last reunion left me in a state of both fear and excitement. Excitement because, well, I was eager to revisit the Crawley family and their loyal servants, and fear because I wasn't entirely sure what to expect from it.
The film follows our main characters as they prepare for a visit of the King and Queen themselves. And quite honestly, it was a delight to watch. I can say with confidence that fans of the show will enjoy revisiting Downton and its characters and will find it as charming as it ever were. Having said that, I still don't feel that this movie was really something we needed or something that will go down as one of this year's greats. Because while the film definitely delivers when it comes to production and costume designs, it did ultimately feel like 6 episodes crammed into a 2 hour flick. There were a lot of things happening at once, most of which didn't really add anything to the main narrative. A good 20 to 25 minutes could've easily been removed and the movie not only would've dragged less, but also would've felt more coherent. Acting wise, Dame Maggie Smith stole the show as the matriarch of the wealthy family, and her witty responses (as well as her feud with Imelda Staunton, aka Umbridge in the Harry Potter series) resulted in some of the movie's funniest moments. The rest of the ensemble also delivered great performances, though some of them unfortunately didn't have a chance to shine as much as others.
"Downton Abbey" was far from being a cinematic masterpiece and does feel cheesy at times, but the fan in me did ultimately leave the theater satisfied.
FINAL GRADE: 6/10