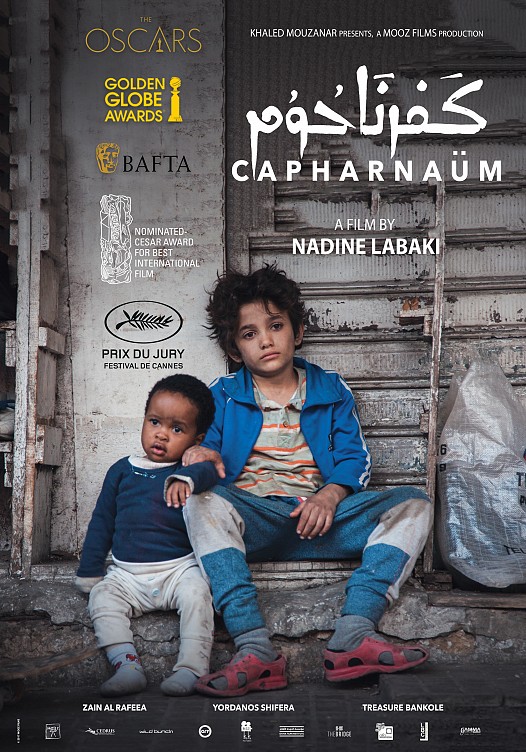 Question, questions, oh so many questions come to mind after watching Nadine Labaki's Oscar nominated picture, and these "questions" bear one idea, how did Labaki manage this superb, outstanding, and overwhelming realism? Well a part of the answer would surely lie in the casting and the cast's performances where i was not able to tell the actor from the non-actor, the rest lies in Labaki's talented skill and vision. Speaking about characters, i could not help but notice that the visual and contextual script does not really fit well and credibly with Zein's and Rahil's characters. i honestly do not believe i could find a kid like Zein with his motif and intentions, wanting to sue his parents and get his special message out to all poor and needy parents not to have children, this kind of dramatization is too idealistic especially in Lebanon's poor and homeless societies and other countries as well. The same goes for Rahil, i am not convinced that presently any needy and poor foreign refugee, legal or illegal would even think twice about helping a kid like Zein and that's where i felt that the idealistic third act fell short with Zein calling Joe Maalouf's show from prison or delinquent penetentiary, Rahil's meeting with her son again, and Zein finally getting an id. This act had Hollywood and happy ending written all over it. Perhaps Labaki intended the conclusion to be a cry-out of social criticism while throwing a glimmer of hope but came out too preachy and ideal.

The first and second acts are quite strong and captivating where the plot does not evolve in one place and situation but keeps moving around, whether introducing Zein and his relationship with his family, to his protective relationship with his sister Sahar and finally his special story with Rahil, all plot points intercut with Zein's assault trial.

The overall approach is documentary-like categorised by shaky camera style and jump cuts with an emotional score that does not reach cliche extremes.

What remains truly special about this film is witnessing the creation of a new genre of fictionalised docu-narrative that could please as well as break your heart.