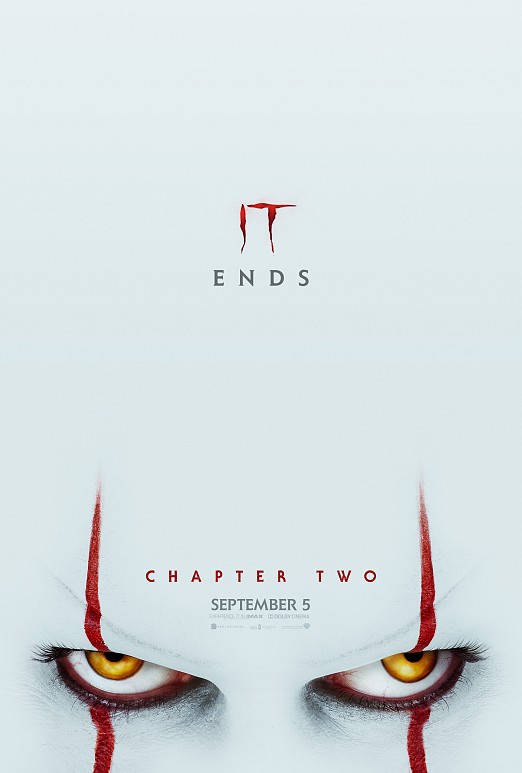 Performances: 3/5
Screenplay: 2/5
Special Effects: 3/5
Costumes/Makeup: 4/5
Editing: 1/5
Cinematography: 3/5
Score/Soundtrack: 2/5
Entertainment Factor: 2/5
Verdict: 2 years after the resounding general success of "It", a film I have rather mixed feelings about as I feel that its issues were masked by impressive production values and terrific performances, comes the sequel, set 27 years later, and in which the Losers Clubs reunite to fight back a returning Pennywise in their hometown of Derry. And for some inexplicable reason, it's nearly 3 hours long.
The film to me was yet another unbearable modern horror flick with slightly better production value. I mean, all the symptoms are there: cheap jump scares, shallow characters, disposable supporting characters, annoying sound effects, laughable transitions and exposition-heavy scenes, unnecessary flashbacks (so many of them!), a chaotic story that makes no sense, cringe-worthy humor, bad CGI, and more cheese than you can ever imagine. Quite honestly the only scenes I found somewhat entertaining were the ones featuring Pennywise, played once again by a terrific Bill Skarsgard, but unfortunately he's barely in the movie. The rest of the cast didn't really add anything to the final product, but that had more to do with the horribly cheesy lines they were fed rather than their actual performances. The runtime of 3 hours never in the slightest felt justified and could've easily been trimmed down to 2 instead.
I honestly had low expectations going in but still managed to leave the theater disappointed by "It Chapter 2". It's a long, boring, cliché of a movie with a famous clown and big names attached to it and nothing more.
FINAL GRADE: 4/10