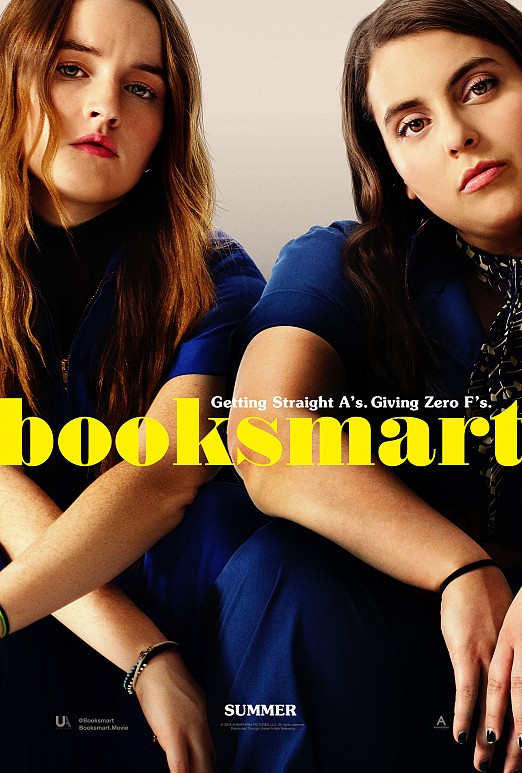 Performances: 4/5
Screenplay: 3/5
Costumes/Makeup: 3/5
Editing: 3/5
Cinematography: 4/5
Score/Soundtrack: 3/5
Verdict: One of the best-reviewed films of 2019 on Rotten Tomatoes, "Booksmart" is also the directorial debut of actress Olivia Wilde. And while she does a more than decent job helming this project, I can't really say that I was wowed by it, and that is for many reasons.
About Amy and Molly, two best friends on the verge of graduating high school and dedicated to experiencing their very first party, the film's biggest liability was quite honestly its script, written by the same people who brought us "Isn't it Romantic" or "The Spy Who Dumped Me". While it does tackle some interesting themes, everything, from the comedy to the messages, feel so incredibly forced and unconvincing. I couldn't relate to any of the characters, which is probably the reason why I felt so disconnected from their story, and even couldn't sympathize with any of them aside from Amy, brilliantly portrayed by Kaitlyn Dever. And that is not to say that the other actors didn't do a good job, because they all did, but I just couldn't buy anything they were saying or doing. I also found the editing to be a bit chaotic and the narrative slightly repetitive, especially in the film's second act.
"Booksmart" is getting universal praise by both audiences and critics alike (it stands at a 97% approval rate on Rotten Tomatoes as I am writing this review), and I can totally see why. I'm certain that your enjoyment of it is almost completely dependent on how relatable and likable you find the characters and for that reason alone, I still recommend checking out as soon as possible.
FINAL GRADE: 6/10