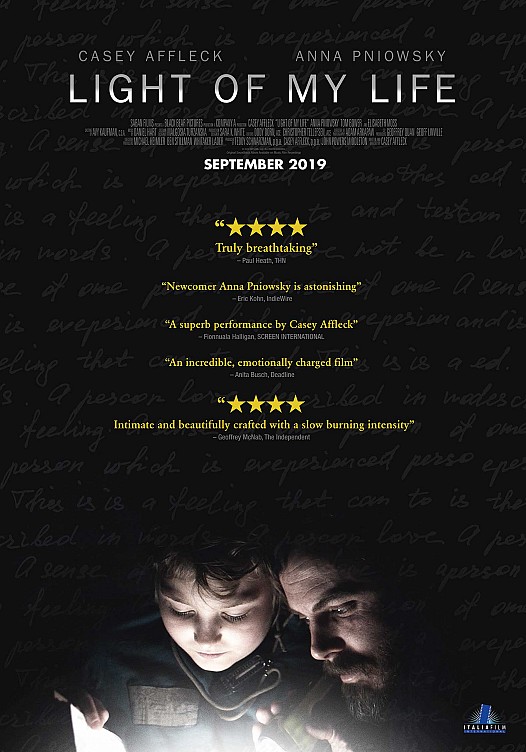 Performances: 4/5
Screenplay: 4/5
Costumes/Makeup: 5/5
Editing: 3/5
Cinematography: 4/5
Score/Soundtrack: 3/5
Verdict: When the film started with a 15-minute long scene in which Casey Affleck's character tells a nighttime story to his daughter, I thought to myself "Boy are these 2 hours going to feel long". But to my surprise and enjoyment, I was wrong.
I watched this movie not knowing anything about it apart from the fact that it was Casey Affleck's return to the director's chair, 9 years after his debut. The best way to describe its plot is by comparing it to last year's "Leave No Trace" and "Children of Men" as it follows a father and his daughter trying to survive in a world where a plague wiped out a big part of humanity. And while it's certainly not perfect, mostly because of some pacing issues and some lines of dialogue that could've benefited from a little polishing, I definitely had a wonderful time with it. The father-daughter dynamic was one I completely bought, the tension was very well handled, the cinematography and atmosphere were very believable and gave the film the sense of realism it craved to work. Casey Affleck did a fantastic job behind the camera as both writer and director, but also shined in front of it as the film's lead. His daughter, played by Anna Pniowsky also did a good job despite being fed some dubious lines at times.
Overall, "Light of My Life" came as a big surprise to me and I thoroughly enjoyed it despite my issues with it. It's definitely not for everyone as it does test the audience's patience at times, but if that's not something that intimidates you, I strongly recommend checking it out.
FINAL GRADE: 7.5/10