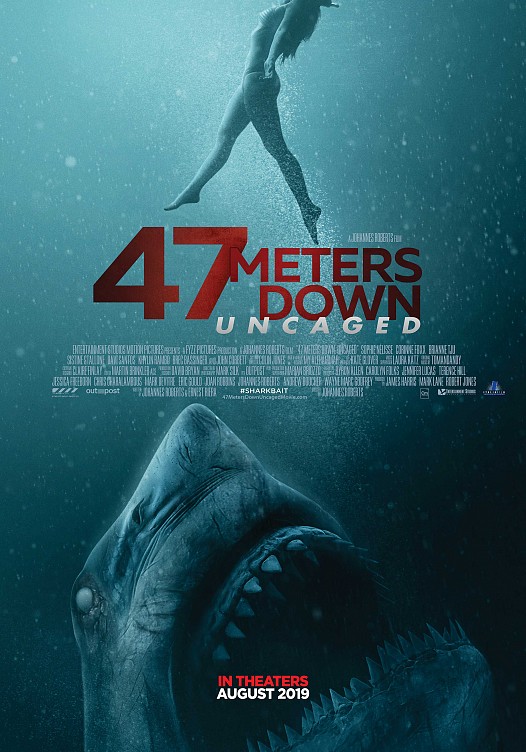 (+) Ripping the script apart was fun.
(+) The characters talk under water with no earpieces, music is played on a stereo under water, and a fish screams. It was hilarious.
(-) The film is only 90 minutes long but still manages to waste a lot of time with long boring scenes where nothing happens.
(-) Way too many unnecessary slow-motion shots.
(-) Loads of disposable characters. Scrap that, all the characters were disposable.
(-) The acting was annoying.
(-) The jump scares were even more annoying.
(-) The movie is set in Mexico (or Brazil?) despite the fact that literally none of the characters are Mexican (or Brazilian?).
(-) The CGI was meh.
FINAL GRADE: 3/10