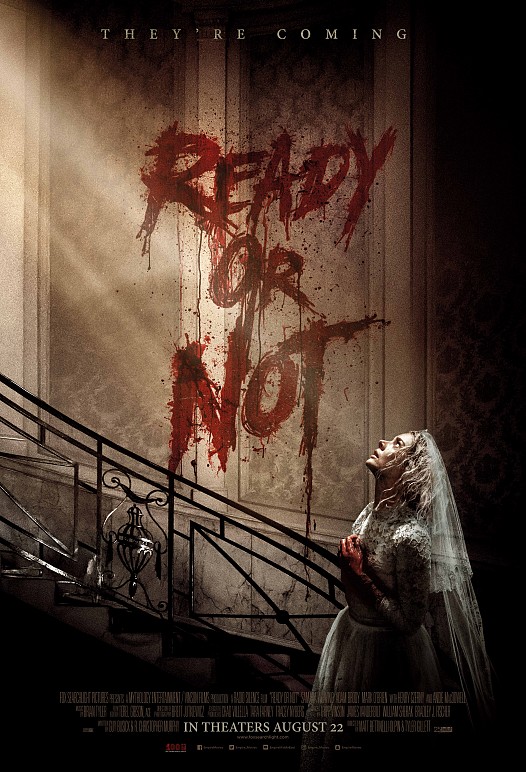 Here comes the bride with her charming and persevering character to lead us through one hell of a wedding night.

Supposedly, a couple’s wedding night must be an intimate and romantic one, but nope not this time.

To officially become part of the luxurious Le Domas family, one must spend their wedding night playing a game with them.

Poor Grace drew the wrong card: The Hide and Seek one.

This means she either gets out of the game dead or alive...

Since the movie was all about playing the game, there was literally no time for unnecessary scenes.

The dark humor was brilliantly inserted at every instance.

The acting, the cinematography, the directing, the editing, the CGI and even the music was outstandingly put in place at all times.

This movie had ZERO technical mistakes!

The plot was exhilarating, suspenseful and amusing as well.

The only issue here would be categorizing this film under horror.

Film after film, it seems Hollywood is redefining what the horror genre entails.

Don’t get me wrong, the blood was there, the traumatizing experience was all over – heck even Satan was there!

But, the adrenaline thrilling screams were absent.

Yet, does this make it less of a great film? Nope, not even 1% less.

So yeah, this movie is highly recommended especially if you’re unhappily married and have problems with your in-laws!