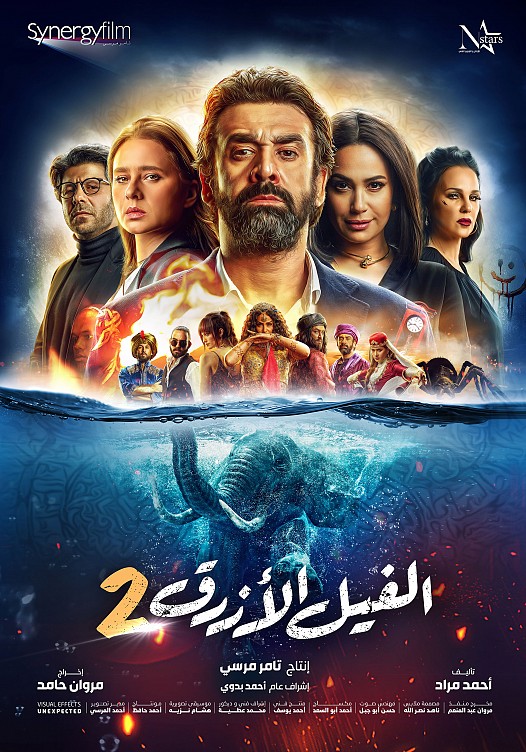 I consider “The Blue Elephant” (El Fil El Azrak released in 2014) as one of the amazing thrillers in Egyptian Cinema. This sequel used the same formula but added many interesting stuff to make it even more exciting and frightening. The movie knew how to set the right atmosphere and to keep the audience focused until the very last minute. The story was so clever and kept me excited for the climax, it was similar to the first one but they took more risks especially towards the end. The movie’s tone was suitable and the scenes were perfectly balanced. Director Marwan Hamed did a great job and some angles were really interesting to look at. Great performances especially Karim Abdel Aziz and Nelly Karim, but in my opinion Hind Sabri stole the show. She was able to manipulate her character in a beautiful way. Most of the “disturbing” scenes were successful without being chaotic and the jump scares were more than effective. The movie’s CGI was really good, it might not compete with other blockbusters but it’s a huge step for arab Cinema. “The Blue Elephant 2” is a beautifully crafted Psychological thriller that shouldn’t be missed if you’re a fan of this genre.