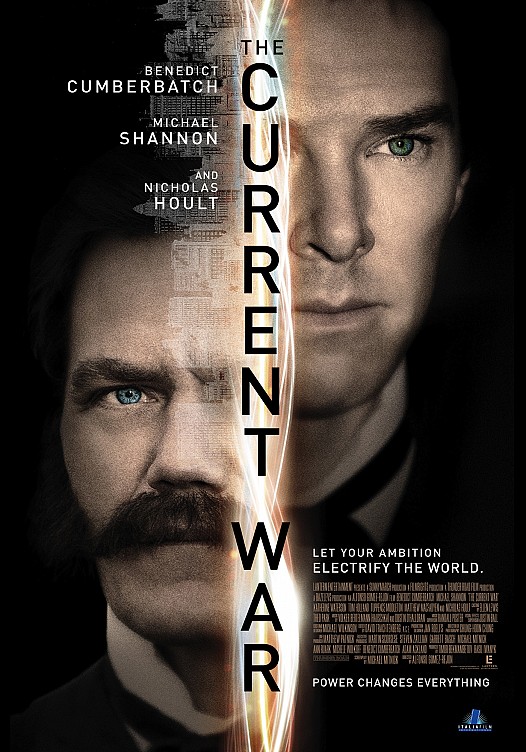 An Average Addition to Benedict's Filmography - 5/10

The Current War is your average historical drama about a life changing invention and there's nothing intriguing about this one so you might want to sit it out.

Thomas Edison and George Westinghouse -- the greatest inventors of the industrial age -- engage in a battle of technology and ideas that will determine whose electrical system will power the new century. Backed by J.P. Morgan, Edison dazzles the world by lighting Manhattan. But Westinghouse, aided by Nikola Tesla, sees fatal flaws in Edison's direct current design. Westinghouse and Tesla bet everything on risky and dangerous alternating current.

Benedict Cumberbatch and Micheal Shannon portray Thomas Edison and George Westinghouse so believingly well I think it's one of Micheal Shannon's most memorable performances.

The filming style used in this film was very risky, specially with all the free hand filming and little wide shots.

Sound and music in this film were special to me. Sound was the only thing keeping me from falling asleep in this film.

Editing, Cinematography, and Screenplay were all just so average. Nothing worth seeing this film at the movie theater.

The Second act of this film is very boring that I found myself starting a conversation in the middle of the theater.

Would I recommend this film to people? Probably not.