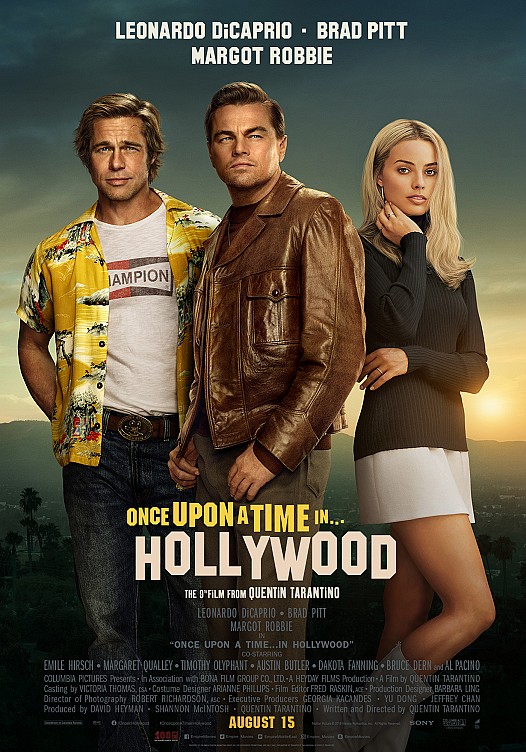 Tarantino's love letter to old Hollywood is an instant classic. - 9/10

Every Quentin Tarantino movie is an event and should be treated as such. “Once Upon a Time in Hollywood”, his 9th movie, is also his first non-Western film since 2009’s “Inglorious Basterds’. But he’s not too far-off (Heck, Even the title of the movie is a nod to Sergio Leone’s “Once Upon a Time in the West”). His main character, played by an outstanding Leonardo DiCaprio, is a former star of a Western TV series who mostly hangs out with his stunt double, played by Brad Pitt. We’re in 1969, and Rick “Fucking” Dalton (his words not mine) is struggling to make it in a constantly changing movie industry. His neighbor? The ever so lovely Sharon Tate (Margot Robbie), an up-and-coming actress who was married to director Roman Polanski at the time. Working with a tight screenplay and an all-star cast, Tarantino’s “Once Upon a Time in Hollywood” is at once a love letter to classic Hollywood and a showcase for terrific acting. Some people already hate that it runs 2 hours and 45 minutes. But this is Quentin Tarantino, delivering yet another cinematic landmark. The laughs are merciless and non-stop, but no Tarantino movie would be complete without sharply-written dialogue and violence. OK, it’s not as brutal as “Pulp Fiction” or “Reservoir Dogs”. It is, however, the work of a master: bold, brutally funny, and intensely alive with colors and details. And DiCaprio is a marvel. This is his second film with Tarantino, and they’re still pushing the limits and raising the bar. You watch their movie in a state of pure exhilaration. No movie buff would pass up the chance to experience that. It’s