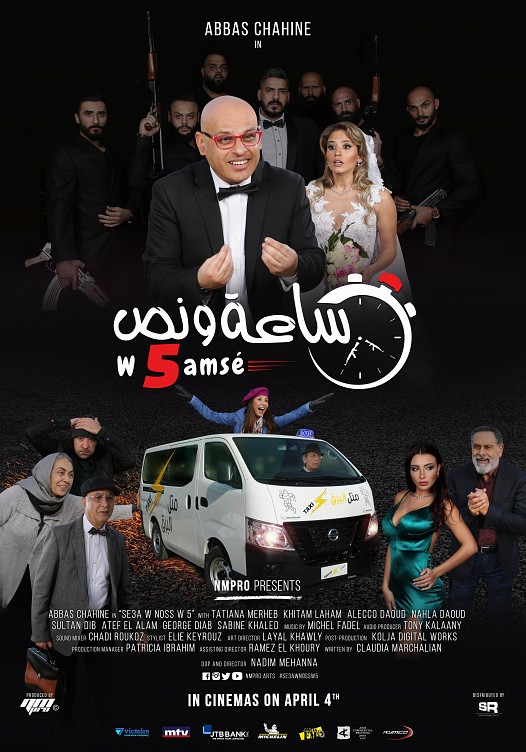 A hysterical comedy with a cry for help that lies at its very core.

Well if you’re Lebanese, then you’re no stranger to that feeling.

Se3a w Noss w Khamseh has one blunt and concise message: If you want to make it in this country, you must lose your mind.

For a story like that, Abbas Chahine proved once again to be irreplaceable and Tatiana Merheb's ’s performance was sublime.

Another notable act was that of Nahla Daoud.

As mentioned in this film’s making-off, she really is the almighty queen of all characters.

Despite the shaky narrative, this movie does a decent job in production thanks to NM Pro Arts and Nadim Mehanna’s hard work.