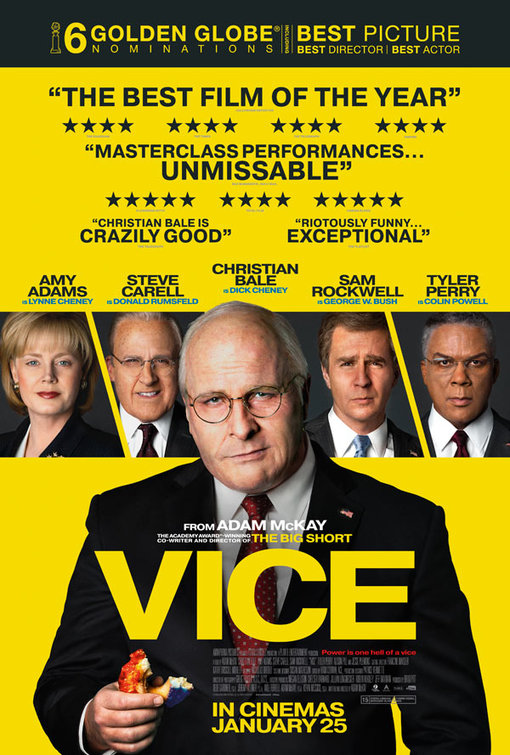 ... but let's try to be objective without throwing a tantrum:

"The vice president's job is to just sit around and wait for the president to die," said Dick Cheney once.

However, that was long before assuming his role as VP for George W. Bush.

Not only Vice had a strong leading actor , but also a very accurate and suitable movie title.

It simply exposes one of America's greatest vices and the International Humanitarian Law's major breaches in the early 2000s.