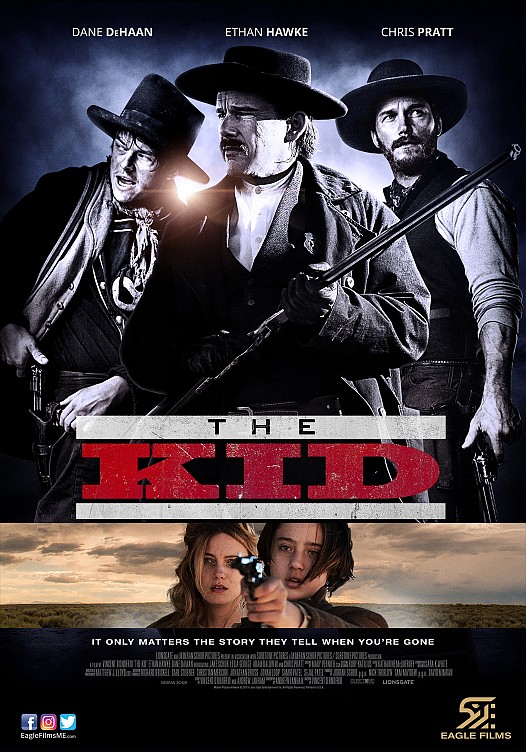 A couple of great performances and that's it - 5/10

Performances: 3/5
Screenplay: 3/5
Costumes/Makeup: 4/5
Editing: 2/5
Cinematography: 3/5
Score/Soundtrack: 3/5
Verdict: I wouldn't call "The Kid" a bad movie, but rather an underwhelming one.

The second directorial effort of Vincent D'Onofrio follows young Rio's encounter with famous outlaw Billy the Kid as he was being hunted down by Sheriff Pat Garrett. The decision of making Rio's story the focus of the movie was an odd one that I couldn't get behind for many reasons. The first being the fact that Billy's confrontation with the law was by far the most interesting aspect of the film and could've perfectly been fleshed out more. The second was the fact that Dane DeHaan and Ethan Hawke, who respectably play Billy and Pat, were easily the most talented ones of the lot, as the rest, which include Jake Schur, Leila George, or more notably Chris Pratt, didn't quite reach the level of their costars. The film also fails to impress on a technical level as the cinematography and score didn't really offer anything we haven't seen before and the editing, especially during the gunfighting scenes, was distractingly bad. "The Kid", however, does a pretty good job at setting up the era thanks to effective production and costume design.
I was pretty let down by "The Kid". I went in not entirely knowing what to expect but left disappointed by what I had seen. But calling it a bad movie wouldn't entirely be fair as it did have its moments. I can see die-hard western fans finding some enjoyment in it but other than that, it's definitely not a film that will leave you asking for more.
FINAL GRADE: 5/10