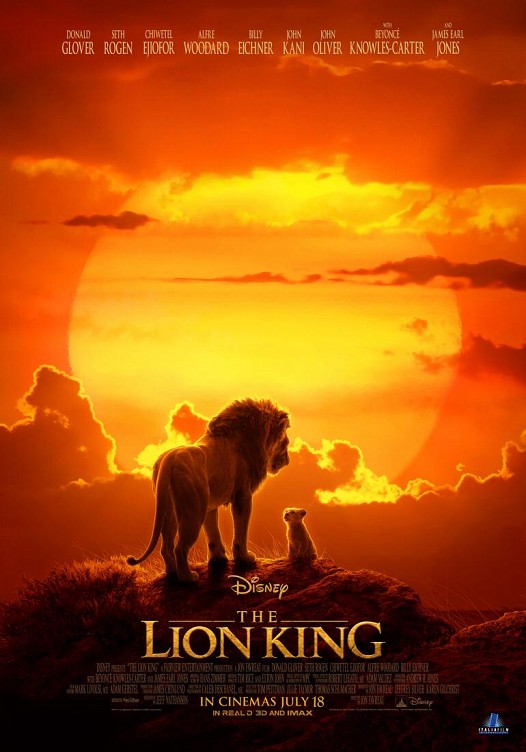 The Lion King: A Less Magical yet Fun Experience - 8/10

The long wait is finally over and the star-studded recreation of Disney’s 1994 “The Lion King” has opened in theaters worldwide.
For the critical part of any remake, Disney nailed the details of the original movie with perfect intricacy. However, for the OG fans who have binged watched the 1994 adaptation multiple times, it would have been much more interesting to include additional scenes and slightly edit the storyline, to make the movie more than just a realistic CGI-upgraded copy of the original adaptation.
The work and professionalism put into the CGI of the movie deserves a standing ovation. The detailed and realistic images made it almost forgettable that those are animated animals, making it seem like a documentary on National Geographic Channel. But at the end of the day, it’s not a documentary, it’s a movie, which has to establish an emotional connection with the audience, which is a major lacking in this movie, since the animals couldn’t display any type of facial expression and deliver any emotion. Even the mouth movement wasn’t perfectly noticeable during speech. The 1994 original seems to be much more emotionally relatable since it’s much easier to display a smile or frown on a cartoon character rather than a real-life lion’s image.
Musically, the soundtrack was absolutely flawless, the perfect afro-beats, that’s an ode to African roots of the movie and it’s plot. Other than the instrumentals, the musical performances by Nala (Beyoncé), Simba (Donald Glover/Childish Gambino), Pumba (Seth Rogen) and Timon (Billy Eichner) were the musical highlights of the movie. Beyoncé’s smooth vocals and Donald Glover’s groove are a match made in heaven for “Can You Feel The Love Tonight.” Also, the musical album executively produced by Beyoncé provides even more perfect Afro-music but that’s for another review.
As a sum up, watching The Lion King was a great experience, with a few chuckles along the way courtesy of Timon & Pumba, and an enchanting soundtrack, the few letdowns for OG fans won’t stop them from buying a ticket to see their favorite cub in action.