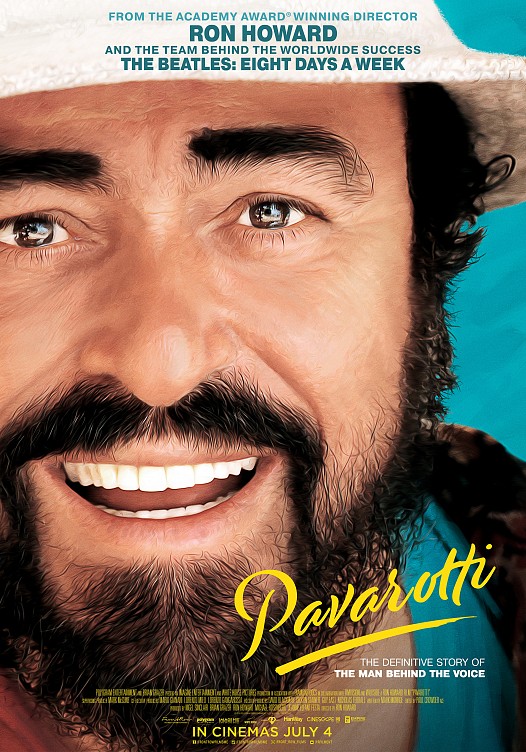 For his second venture in the documentary realm following 2013's poorly received "Made in America", Ron Howard chose opera legend Luciano Pavarotti as his subject. And while I wasn't blown away by it, I certainly left the theater with a newfound respect for the Italian tenor.
"Pavarotti" does a more than solid job at highlighting the kindness hidden behind Luciano's large voice. Behind the scenes clips and interviews with his surrounding helped paint a picture of an extremely talented man obsessed in making the world a better place. Despite taking a slightly subjective approach which is understandable considering the documentary's goal, I'd say that the film did a pretty great job at giving homaging Pavarotti, both the man and the artist.
My issues with the documentary rather lie in its simplistic execution. The ideas are presented in a way that makes it feel like they were being checked off a list, ultimately making the experience a little boring at times as I felt that I was watching a bunch of segments sloppily glued together instead of one coherent series of ideas merged into one lively documentary.
I'd still recommend "Pavarotti" to anyone familiar with the tenor and which to know more about his personal life and work. It may not be a technical achievement but it did what it was supposed to pretty efficiently.