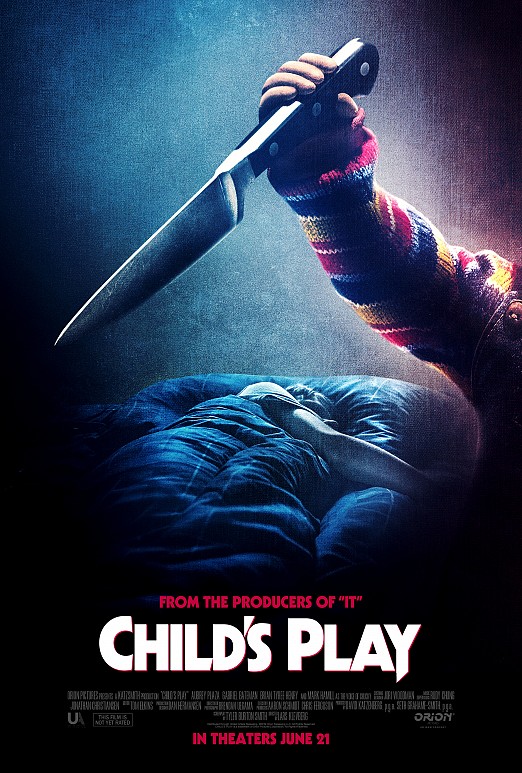 Performances: 3/5
Screenplay: 2/5
Costumes/Makeup: 4/5
Editing: 3/5
Cinematography: 2/5
Score/Soundtrack: 3/5
Entertainment Factor: 3/5
Verdict: After watching Lars Klevberg's first feature film "Polaroid", my excitement for the "Child's Play" reboot quickly turned into skepticism. And while the film definitely wasn't as bad as I was expecting it to be, I still walked out of the theater disappointed by its wasted potential.
What Klevberg gets completely wrong in his take of the killer doll is its tone. His decision to give what on paper is a rather silly premise the dark and gritty treatment is one that did not sit well with me at all. The original's success is linked to the fact that what is now considered to be a cult classic doesn't take itself too seriously and is filled with memorable moments, something the reboot desperately lacks of. Despite good chemistry between the actors and Mark Hamill's menacing voice acting, I never found myself interested in what was going on on screen, and Klevberg never tests himself to make a movie that doesn't scream unoriginal. I mean, Chucky's motivations are inconsistant, the deaths are forgettable and dull, the jump scares are lazy and predictable, and I found myself yelling in my head more than once at a few character decisions... I just sadly didn't find the film to be entertaining in the least.
I can definitely see "Child's Play" getting a sequel in the near future, and I do hope that just like this film's marketing campaign, it doesn't take itself seriously and pokes fun at its premise.
FINAL GRADE: 4/10