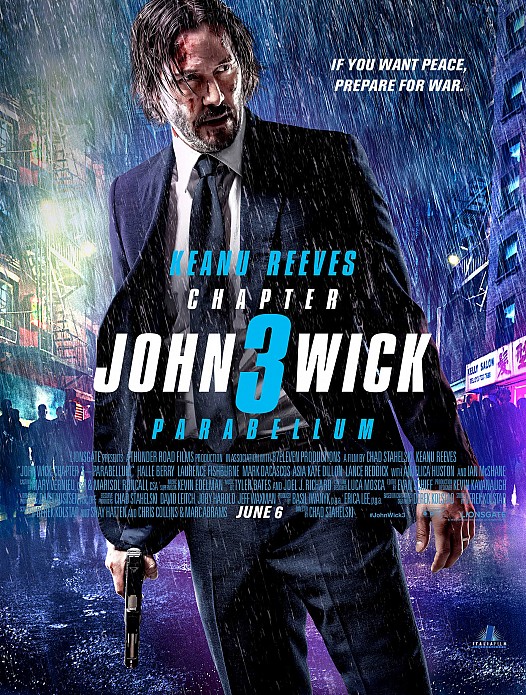 A simultaneously sweet and sour ride! - 5/10

One man..Zero protection..$14 million reward and the world's most barbaric killers on a designated mission!

The story was there, I mean this would've been epic but it was somehow a turn off. Execution went off the rails repeatedly which detached the viewers from the intense overall vibes.

I'll put this in the simplest form possible:

Looking on the greener side of things...

And now off to the smokey part...

¤ Comedy was shoved down our throats.

¤ Script was the major downfall up in here.

There were tons of mixed reviews for "John Wick 3" so my review shouldn't stop you from giving it a shot. Grab your tickets tomorrow and get back to me...I'll be waiting, little devils!