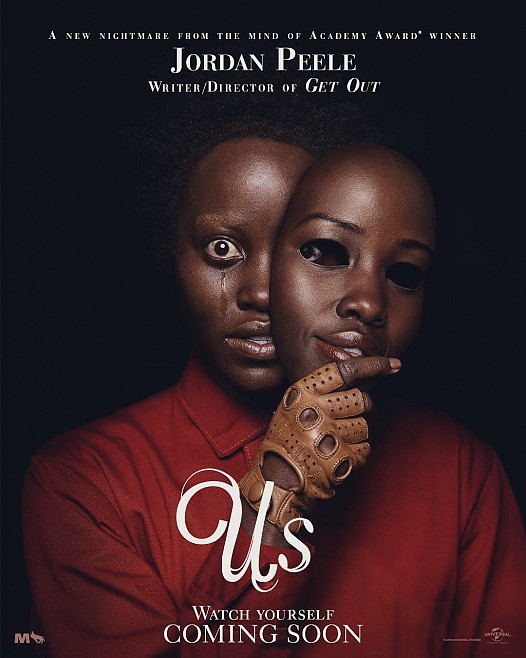 After Jordan Peele’s highly successful “Get Out” , The famous director adds a new horror flick to his list with a movie called “Us” which focuses on a family's serene beach vacation and how it turns to chaos when their doppelgängers appear and begin to terrorize them.
Now coming off Jordan’s Get Out which won best screenplay at the #oscars in 2018, there’s definitely some pressure on the guy to double down on his glorious former film, but after watching Us we can say that he clearly came out victorious in this one. We personally as fans, we’re not huge horror geeks, but what we like to see first in a horror movie is, some realistically driven stories(to a certain extent) where all the horror stuff are crafted with suspenseful camera work and terrifying music, and that’s exactly what Jordan Peele does with his horror movies. On the other hand, there are several horror films out there that merely rely on the looks and visuals of certain characters, but that’s surely not the case with Jordan’s scary shots and natural horror scenes. In addition, Us starts off with a lot of mystery and elements that doesn’t give you clear clues to where the plot is going, and that makes the movie more ambiguous during its kick off, but the build up didn’t last long and we would’ve liked it to be more puzzling instead of the narrative clueing us in on what’s going on. Plus, the movie doesn’t take long to get to the horror bloody aspect of it all, it assures the audience that they’re in for a nerve -racking ride through its first act, unlike Get Out that took its time in making the story more suspenseful and entertaining, feeding the audience horrifying scenes and shockers gradually. Which surely makes “Us” a straight forward full horror movie, where as “Get out” comes off as a more story focused thriller.
Moreover, each character in the plot is challenged individually which makes the story more interesting through the mid runtime of the film, and allows the cast to showcase their abilities in portraying their characters, where it’s obvious that they all shine in their roles, and especially Lupita Nyongos who delivers an outstanding performance with her haunting-terrifying facial expressions as both her main character and her doppelgänger, he sure as hell deserves an oscar nomination for this spectacular portrayal and we really hope she doesn’t get ditched by the academy. Now as for Winston Duke‘s performance he also does a great job in playing the father of the family, and he’s the one who provides the humor in the film, where he lightens up the scary moods more than once, where the comedy didn’t come off as cheesy or unnecessary because we do understand that they’re going through this chaos as family together, so his comedic one liners totally worked for us.
As for the music in the film, we have to give credits for the haunting and horrifying score composed by Michael Abels, who previously worked on Get Out with Jordan too, and this time he also knocks it out of the park by delivering a score that makes every single scene 10 times more suspenseful. His music clearly plays an impactful role in making the scary stuff stand out as pure horror. So hats off to the guy! Whatever Jordan does next we’re definitely looking forward to it, as he always delivers an interesting story prior to the scary elements inserted in his films!
⚖️ FINAL RATING: 8.5/10