Are You Glad I'm Here 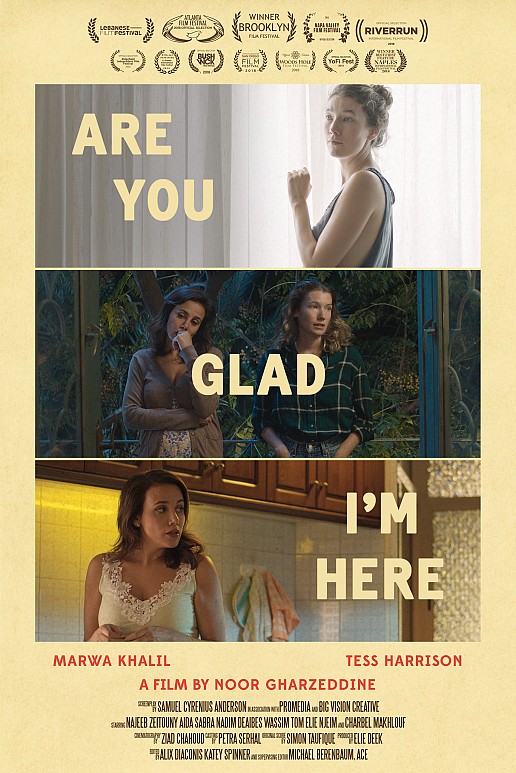 Verdict: Talk about a pleasant surprise!

From Lebanese-American director Noor Gharzeddine comes the story of the friendship between Nadine, a Lebanese housewife confronted with marital problems, and Kirsten, an American writer trying to experience life in the foreign land of Lebanon.
Written by Samuel Cyrenius Anderson, "Are You Glad I'm Here" is a powerful watch that has something to say. And it does it in an efficient way that never felt neither forced nor cheesy. Using the culturally conflicting ideologies of its two leads, the themes it explores are ones that truly shine some light on many flaws in Lebanon's way of handling a destructive and unhealthy marriage, and how these can affect all the people involved, and in particular the kids and wife who most of the time have to take the abuse without really having a say in the matter.
Now the film, while impressively shot, does have some room for improvement. The acting wasn't always convincing, the dialogue was at times a bit off, and the music used didn't always fit the mood  Gharzeddine was going for in her directorial debut.
Nevertheless, I'd consider "Are You Glad I'm Here" a must for Lebanese audiences. The way it deals with very real social issues was admirable and will most definitely have you talking about them long after the credits start rolling. I highly recommend checking it out and cannot wait to see what the future holds for Gharzeddine.
FINAL GRADE: 7/10