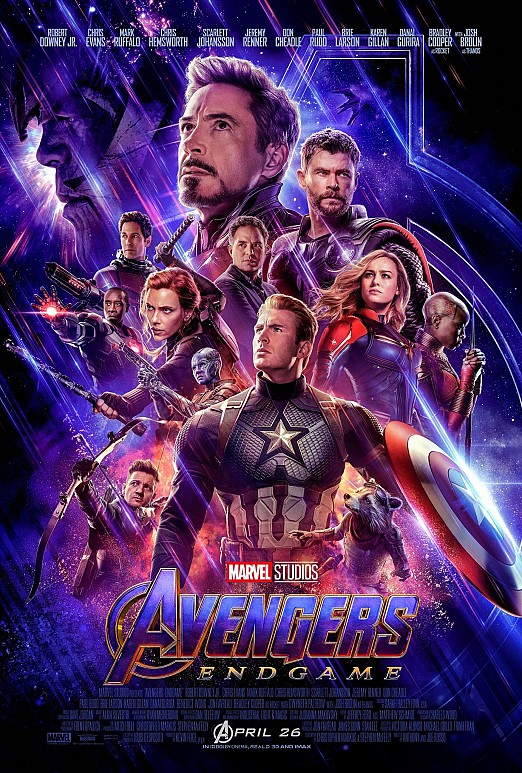 The epic conclusion of a saga that spanned 11 years and 22 movies, "Endgame", and similarly to "Return of the Jedi", "Return of the King", or "The Deathly Hallows", is much more than just a movie, it's an event that will define an entire generation. And while there is certainly a lot to admire about it, I can't help but feel a little underwhelmed by the ambitious three-hour long finale.
The follow-up to the incredible "Infinity War" has all the elements of a blockbuster and juggles them in a very smooth way that kept me entertained for most of its runtime. The scale and scope of the movie are very well defined very early on, the visuals and action scenes are well designed and choreographed, the acting is pretty great for the most part, and there are definitely scenes that will make you want to cheer, and others that will make you weep. It's the end of an era that changed the way superhero movies and comic books are perceived, and you can definitely tell that every single person involved did their very best to ensure that it concludes in a bang.
The movie, however, didn't entirely work for me like "Infinity War" did for multiple reasons. The first being the comedy. The jokes for me were very hit and miss, with most of them feeling forced and unnecessary, even at times going as far as ruining the film's mood. There was also quite a bit of cheese and needless callbacks to previous MCU installments that sadly did make me roll my eyes in frustration. But my biggest complaint about "Endgame" has to be the many, many plot holes and inconsistencies in the logic followed throughout the movie. I constantly kept questioning the film's physics and reasoning behind a bunch of decisions made by the characters, and unfortunately had to admit to myself that they just didn't make sense, which is a bummer considering the impact these irregularities have on the narrative.
Nevertheless, I'm pretty certain that "Endgame" will satisfy MCU fans looking for an emotionally heavy wrap up filled with memorable moments. It may not have lived up to its gargantuan expectations, but it definitely kept me entertained for the most part.
FINAL GRADE: 7/10