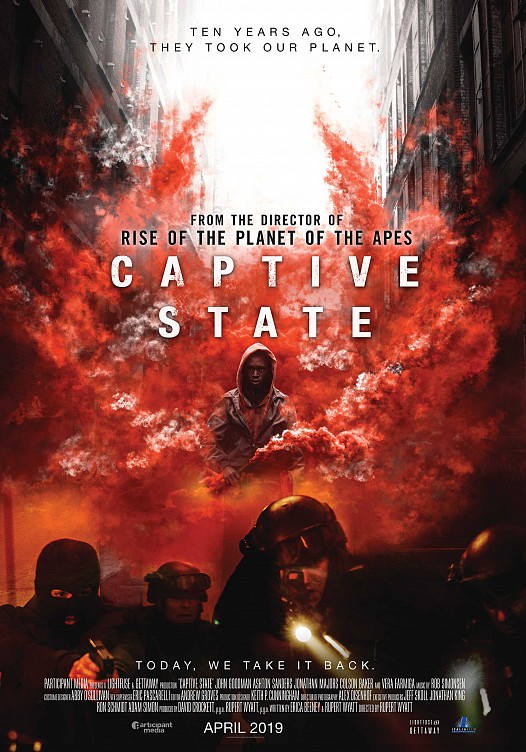 Performances: 5/10
Screenplay: 3/10
Special Effects: 6/10
Costumes/Makeup: 5/10
Editing: 4/10
Cinematography: 4/10
Score/Soundtrack: 5/10
Entertainment Factor: 2/10
Verdict: "Why is everything so bland" and "I'm bored" were the only two notes I took while watching Rupert Wyatt's newest project "Captive State".
Depicting a human rebellion taking place in a Chicago neighborhood during an alien invasion, the movie failed to capture any of the elements that made similar films such as "District 9" such crowd-pleasers.
Absolutely nothing was even remotely interesting. The world built had nothing compelling to it, the cinematography was grim and unappealing, the action was boring, the story uninteresting, and the tension laughably tame. But what made the movie painfully dull were the two-dimensional, underdeveloped main characters that were supposed to carry the film's narrative. It's really difficult to care about a story driven by these characters' motivations and actions when you simply don't care about any of them.
I really don't have anything else to say about what honestly felt like a forgettable Netflix release à la "Extinction". I was bored out of my mind and couldn't care less about anything going on in the movie.
FINAL GRADE: 3/10