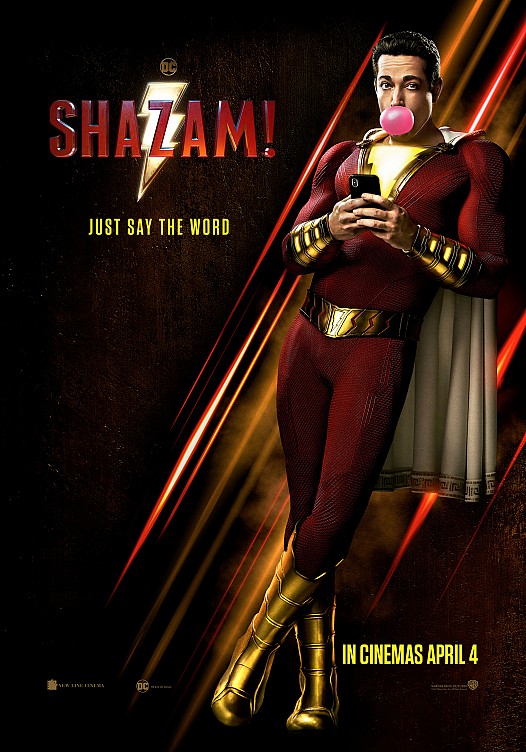 A 14-year-old boy finds himself pushed behind a dark door, where a wizard is desperately trying to transmit his powers onto a pure soul. In a blink of an eye, that little boy becomes an invincible hero on a mission to fight the seven sins that were unleashed!

Zachary was phenomenal! He played "Shazam" in an effortless manner. Aside from being eye candy, his light and fun attitude was exactly what this character needed. Asher Angel and Jack Dylan Grazer were very convincing. #friendshipgoals

Narration was smooth and greatly sequenced, CGI was pretty good. What I loved most was that ending with its meaningful twist! Minor complaints around the middle of it, some scenes were prolonged more than they should be so I got detached for a while. And a couple of jokes were a turn off.

Shazam is definitely a movie for everyone, particularly young ones.

Get your tushies over to that movie theatre and book your seats asap! Recommended