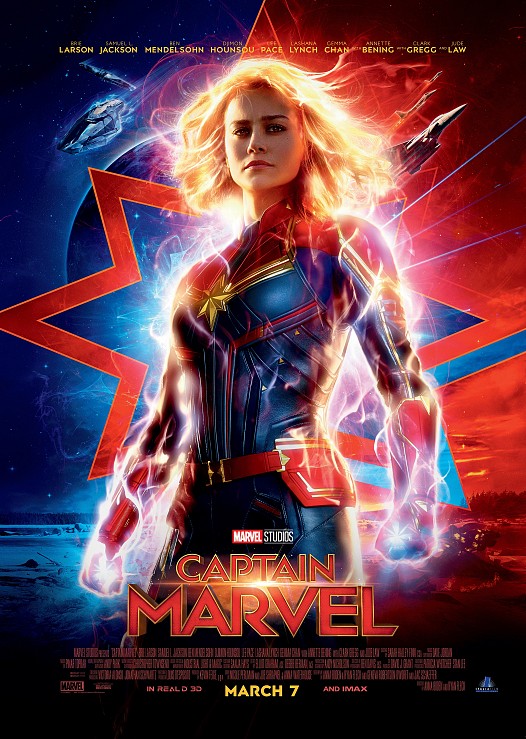 An ineffectual display of emotions! - 5/10

"Scraps of actions randomly put together".

It didn't in any way live up to what we are accustomed to from MARVEL! A weird manifestation of overly dramatic scenes as well as less than average execution and corny fights.

"Goose" was what pulled this movie to shore. That hilarious furball was just a marvellous addition. Samuel L. Jackson's attitude can effortlessly make you laugh. Jude Law was okay. This wraps things up for the positive points and comic factors.

Now take a deep breath, and hear me out...

The whole storyline of Captain Marvel, being all caught up in the middle of an alien galactic war, started out in a detached manner and remained rocky through the rest of the show.

Brie Larson was a major turn off, she pretty much embodied a facepalming performance of the "girl next door". Her weak acting skills, bland facial expressions, and soulless fight scenes suffocated the shit out of everything.

Most of the cast seemed to be waiting on each other and reciting the script..I mean come onnnnnnnn!!!! It was so damn clear. I literally saw a poor execution of some "F.R.I.E.N.D.S" episodes here and there. What was it with all the fake drama/sudden tears?!

The ending was not satisfying either. What I witnessed yesterday was quite a disappointment, I lost interest halfway through. There are tons of mixed opinions out there, for that I want you guys to watch it and get back to me real soon.