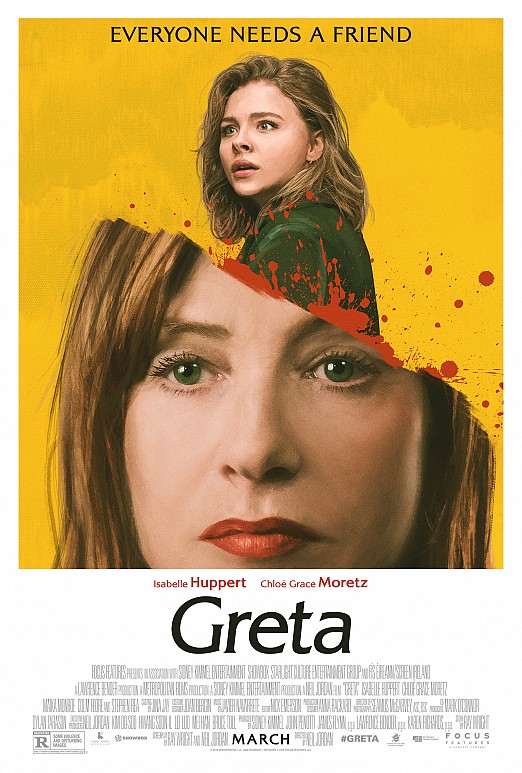 A lonely psychopath who goes around planting bags on the subway in an attempt to fish out miserable souls to domesticate!

I'll be harshly straight to the point here.. the only two things I loved about this movie was the story itself because it was dark AF and Isabelle Huppert's badass acting skills.

As for the rest of the elements, they were seriously agonizing.A slow-paced and dry sequence of events, emotionless narration, weak script, lack of jump scares (literally one scene only), detaching mind-twists, cliché ending (though it had a nice twist which didn't last long).

Chloë Grace Moretz, I beg you to consider another career path! The big screen isn't for you sweetheart.

It's a shame because this had major potential with its story but execution was an epic fail.

Watch it and get back to me