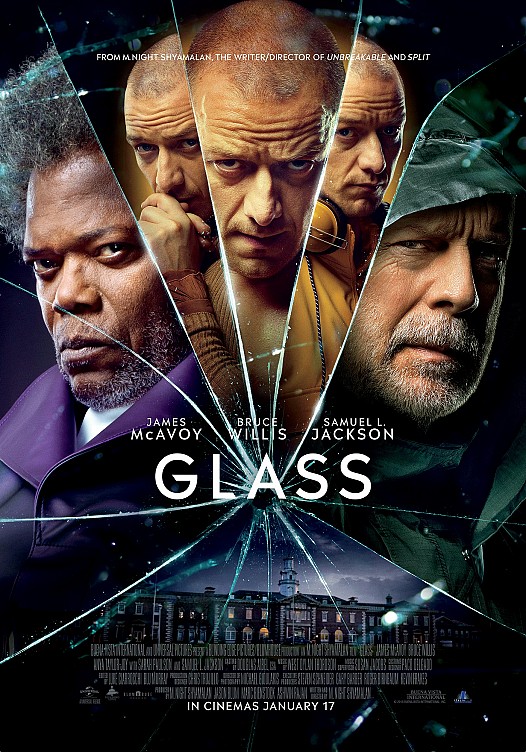 Walk the trail of shattered glass - 6/10

As most of you know by now that this is the sequel of both "Split" and "Unbreakable". But unfortunately it didn't live up to them!

A story of supernatural individuals serving justice with their bare hands and brains. James McAvoy, though his acting is quite flawless, overdid it with the constant shifting between all 23 personalities to an extent that it bothered me especially the beast part, a bit too fake. Bruce Willis was okay but I guess his glory days are long gone. My least favorite character was Samuel L. Jackson, he was the main man in this but his acting was just dry.

The beginning of the movie was a turn off for it was too long and somehow weak. I did like how M. Night Shyamalan melted glass and broke it down to us in a way to clarify how everything started using comic books as well as the stressing on psychological disorders. Climax got us pumped up and the ending did slightly improve things after all.

The whole show felt as if there are a bunch of random papers that got stapled together in a queer manner. I'd really like to know your verdict, so grab your tickets this Thursday and get back to me.