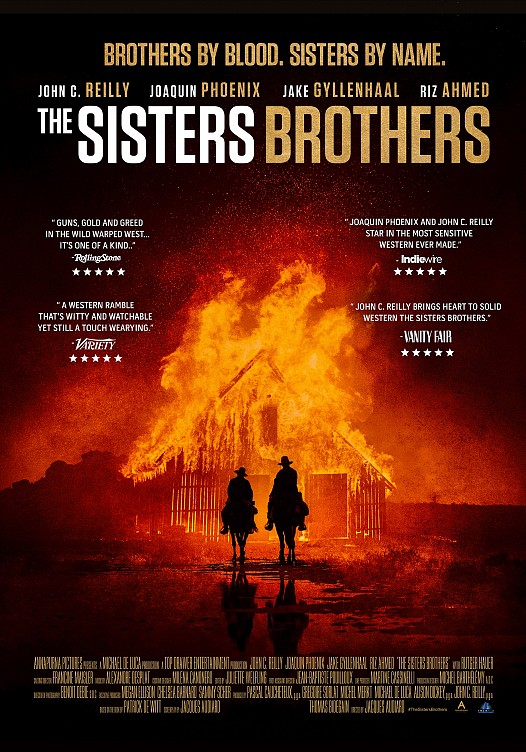 Quite a peculiar approach to the western world - 6/10

I'm very much into western movies but that didn't affect my rating in any way. If you are planning on watching "The Sisters Brothers", you have to mainly focus on three things: greed, violence, and brotherly bonds.

Those 2 hours brought the abovementioned messages and subtly threw them into our faces. It was slightly slow paced and in dire need of what I call a "spicy sprinkle". I just felt that it was a bit bland for what we are accustomed to in western films, lacking the wow factor.

It presented a story of two savage assasins and brothers, Charlie and Eli Sisters, on a self-development journey through the northwest in which their lives are at constant risk but their strong family bond keeps them steady as a rock. The way the movie kick-started was lame. In my opinion, an excellent start should be the same as a "slap to the face..drop your phone..and stare at the fucking screen" kind of start. Here, it was a bit too long and neutral. The movie did get interesting from the middle onwards because a bit of action took place. I liked how they highlighted the aftermath of greed and violence, and how people can change.

But that's about it! If it wasn't for those, I would've felt that this film was completely pointless but it was saved by the bell.

A NEW and UNUSUAL narration of a western story. But I'd really like to know your verdict. Grab your popcorn and watch it