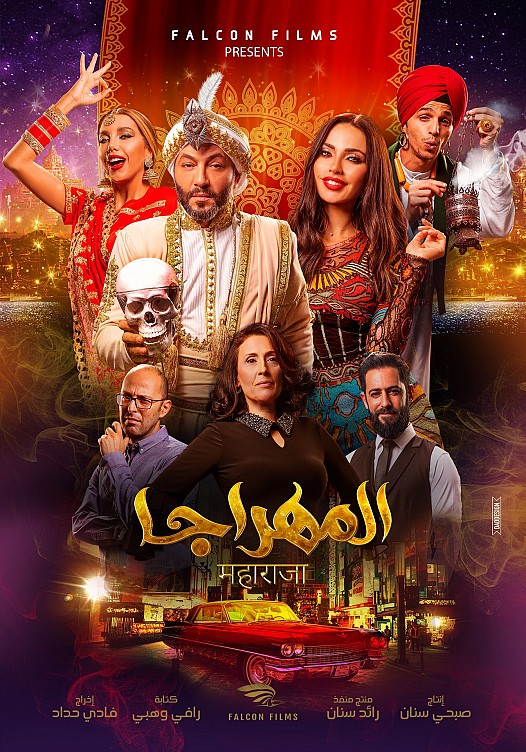 It is quite evident that a lot of effort is being put into Lebanese movies recently. They are successfully trying to revamp everyone's point of view on local film industry, in comedy and especially drama movies.

The "Maharaja" is the latest piece of work that rejoins @ziadbourji with @dalidakhalilofficial in addition to the phenomenally hilarious @abbassja3far. And now you know who my favorite character was!

It follows a recently widowed woman who is constantly haunted down by her husband's spirit. She tried seeking help through therapy then desperately moved on to performing an exorcism with the expertise of the maharaja and his spiritual assistants. Little did they know that the trio were nothing but a bunch of frauds. Tons of mixed feelings came rushing in as I was watching the movie, it was like constantly having a "GOOD..Bad..good..BAD" impression. Don't get me wrong, it was quite funny and enjoyable but there were some "kill me now" moments! Cliché scenes at their best.

Acting, on the other hand, was really good especially Abbas Jaafar and Julia Kassar. For them it was just effortless! The indian soundtracks used were a perfect fit. Some scenes were like a slap to the face. There was one particularly random scene where the music shuts off completely and everyone was left off awkwardly watching ziad and dalida dancing to silence! BAD!

Script and comedy were positive 70% of the time, while the remaining 30% fell flat. I liked the twist they inserted at the end of it all.

So grab your popcorn and laugh a little. Recommended