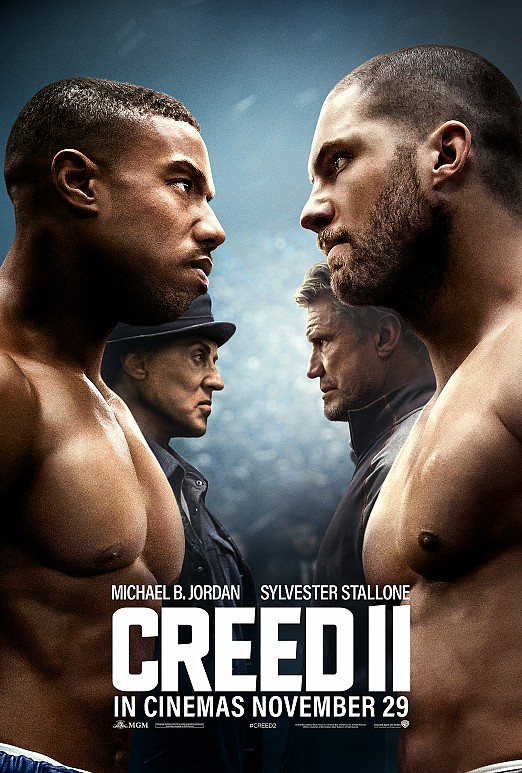 A knockout showdown that will get you all pumped up! - 8/10

Have you even seen the cast? We all had high expectations for it and it did live up to them!

Adonis Creed gets haunted down by that 1985 tragic match which resulted in the death of his father and former U.S champion ,Apollo Creed, to Russian boxer Ivan Drago. Through which he is confronted with an epic rematch against Ivan's vicious son to win the title back.

What I found negative about this movie was the cliché story (it has been done a million times before) and the not-so-good turbo charged beginning.

As for the rest of the elements, they were quite thrilling and filled with emotions. Rocky's (Sylvester Stallone) performance is always worth a standing ovation, heck even his presence alone is bowed down for! Michael B. Jordan and Tessa Thompson were the perfect fit for their roles..talk about harmony!

Storyline gets really exciting from the middle onwards, where all your predictions will come to an end with that adrenaline pumping twist in that final match.

It got me so pumped up that I almost punched my best friend haha.

Get your ass up and fight your way into that theatre tomorrow! Don't forget your popcorn and a couple of rim sparkling water bottles!