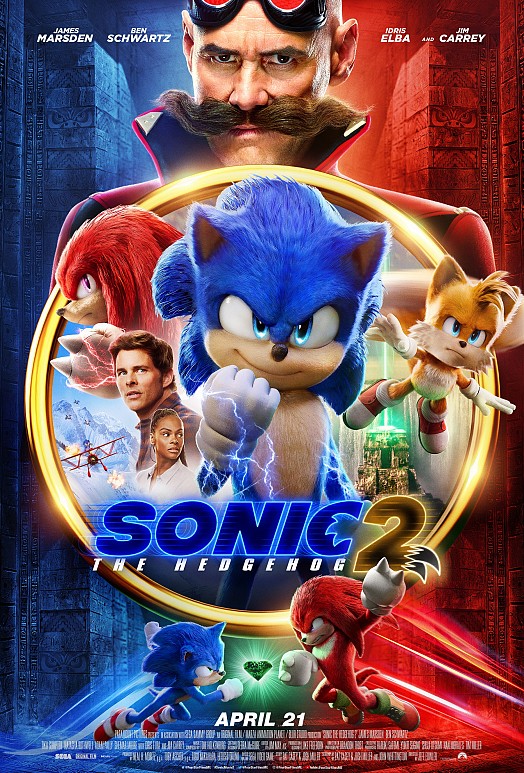 To be honest, I wasn’t a huge fan of the first film even after a rewatch…. it’s still one of the good video game adaptations but that doesn’t say much!! What bothered me the most while watching “Sonic the Hedgehog 2” is the fact that NONE of the flaws from the previous film were avoided or even modified in this sequel. As if the creators didn’t even care to fix some of the issues and went with a safe approach to please the fanbase. The dialogues were shallow with heavy exposition scenes (NO, targeting young audience is not a valid argument here) and the plot was bigger but not better. The script had many lame jokes especially the blockbuster references although I have to admit that the overall comedy worked in the first act. The CGI is still great, the animated characters are lovable and convincing and I can watch Jim Carrey dancing and overacting any day without feeling annoyed!! Is it fun to watch? Yes, definitely especially if you grew up playing the game and became a fan of the characters. Does it add anything new to the genre? Absolutely not!! “Sonic The Hedgehog 2” is a fun family adventure that will please young audiences more than adults but do check it out if you liked the first one!!!