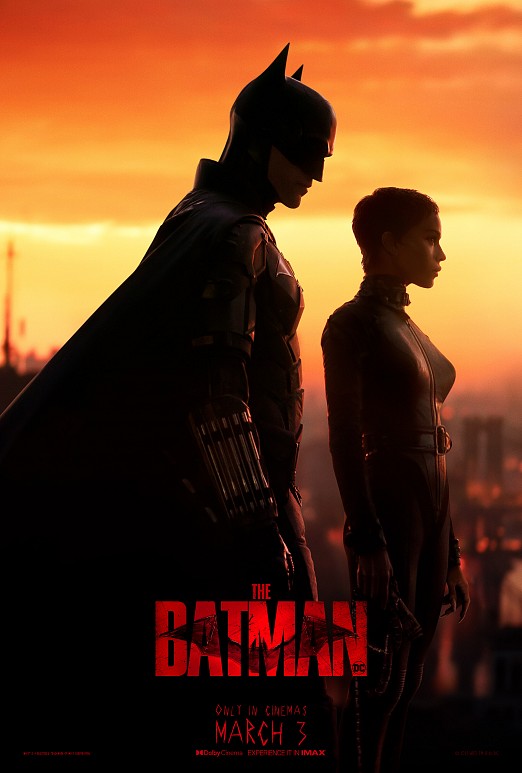 DC Comics, can you PLEASE abandon the shared universe and give us more of these? I refuse to compare “The Batman” to any of the previous films that share the same superhero because this one felt more like a fresh and intriguing approach dissecting the famous Comic character using a whole new perspective. The movie is daring with its characters, tricky with its plot and very powerful when it comes to developments and messages. It asks so many questions and keeps testing our main character with heavy dilemmas that never felt fake. The story was deep, mature and meaningful with some exciting twists and logical turns. Casting Robert Pattinson as the protagonist was a very smart choice, he was EXACTLY what the character (and the movie) needed and was able to portray both Bruce Wayne and The Batman in the best way possible. His chemistry with Zoë Kravitz was amazing on screen and the two characters were cleverly interacting, I don’t think that a similar approach between the bat and the cat was ever presented in any previous film. Aesthetically speaking, this is the most beautifully-shot film I’ve seen in a very long time. The cinematography was mesmerizing, the colors were vivid, the action sequences were breathtaking. Even the costumes were unique and the production design was remarkable…. Captivating on so many levels. I have to warn you though, this is not an entertaining film and looks ABSOLUTELY NOTHING like any other film based on comic books (Not even 2019’s Joker which felt more “enjoyable” compared to this one) so I think that many will feel bored if they were expecting a “fun ride”. Aside from my predictions, you should check it out if you’re a fan of Gotham’s masked vigilante, it’s a beautifully-executed piece of art that will be stuck in your head for so long. “The Batman” is definitely one of the best unconventional superhero films out there. It’s a masterpiece on so many levels and worth your time!!