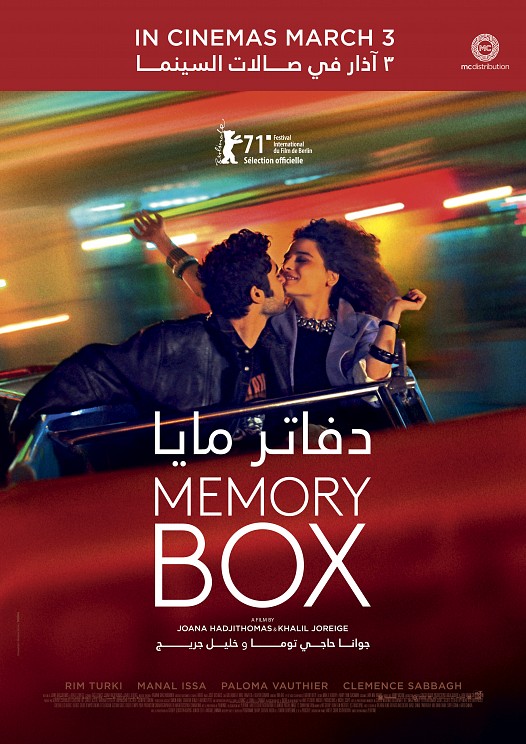 A beautiful Love letter to Beirut - 8/10

A movie that made me fall in love with my beautifully imperfect City even more…. I didn’t think that was even possible!! Even if they didn’t mention it in the opening credits, you can understand that “Memory Box” is not a fictional story but based on something true and intimate. The execution felt so emotional because people behind this Lebanese Feature were working with something so personal. What I really admired in this film is the fact that it didn’t only rely on its “realism” but also worked hard to show it in a beautiful way. You can feel the effort that was made to translate those personal and real memories into visual scenes that deliver the message clearly. The movie never fails to show its creativity especially during its first half and credits should be given to the directors for cleverly choosing all those techniques and tricks to make this film come to life without feeling messy or exaggerated. “Memory Box” is a beautiful love letter to Beirut that sends hope and inspiration despite its harsh reality… make sure to check it out if you’re into this genre!!!